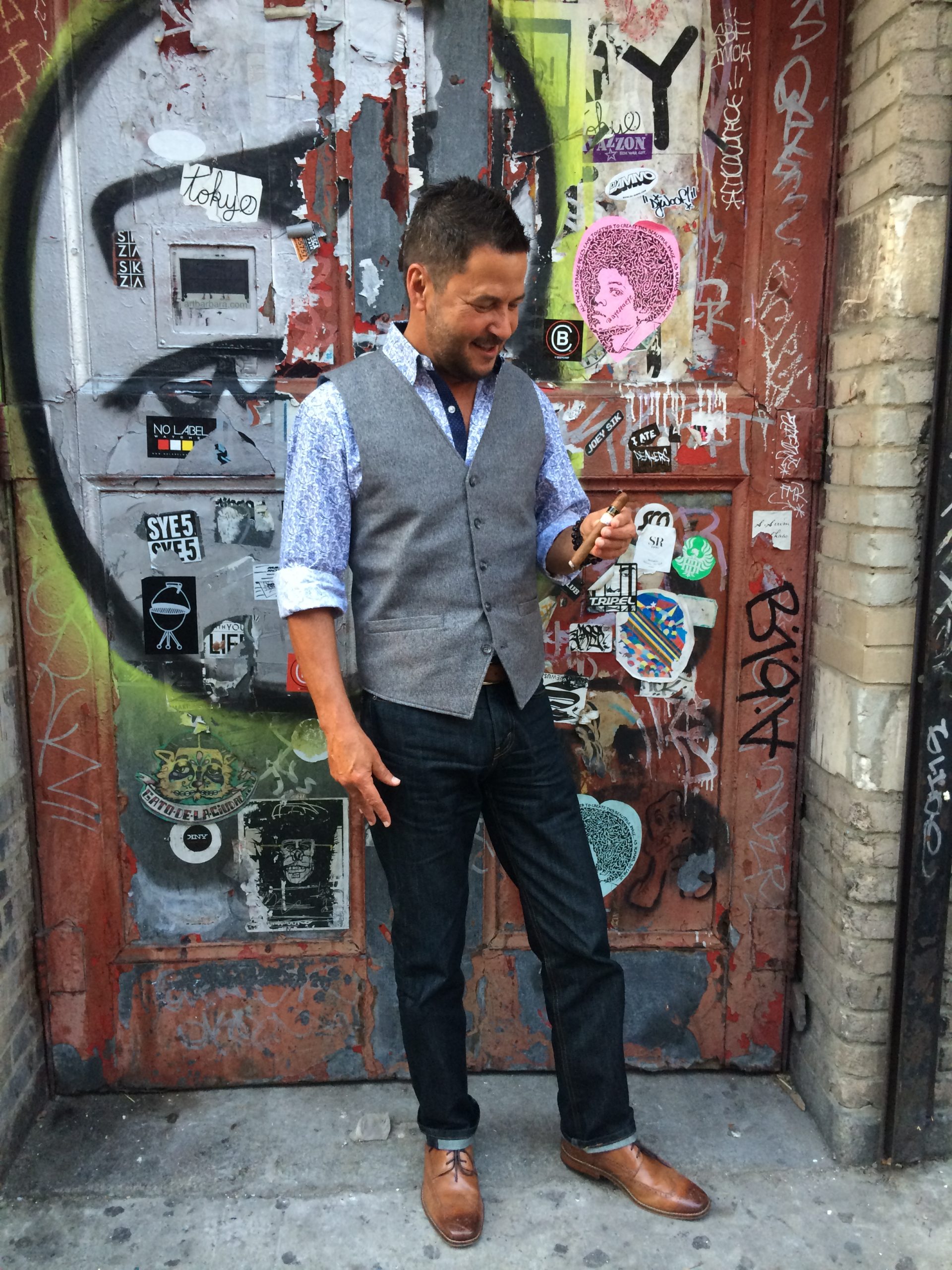 It was coincidence when I first met Rick Rodriguez in 2007.  He was a hard charging salesman who was simply ecstatic to hear people speaking English. We were in a hotel in Santiago, Dominican Republic, and Rodriguez was going through his training with General Cigar and all around him were Spanish speakers. Despite his last name, Rodriguez knew no Spanish. So when he heard my friends and me talking at the pool, he came over and gave us cigars. That turned out to be the beginning of a really good friendship.

For Rodriguez to get to that point, it was quite a journey. He is the first born to Cuban immigrants who relocated to Tampa, Florida, in the mid 1950s. His grandparents were cigar makers in Havana and, in 1955, Tampa was making more cigars than the island nation, so they were laid off and had to move to Florida. They soon began working in the Ybor City factories, and Rodriguez’s father soon followed. His father met a girl from Georgia, they got married and Rodriguez was born in 1959. His parents, like many immigrants from Cuba, Italy and other countries, made sure their children knew English in order to become successful. Says Rodriguez, “My father, because of his broken English, decreed only English was going to be spoken in the house. All the kids I grew up with [who had] parents from Cuba and Italy were speaking nothing but English. No Spanish and Italian.”

Rodriguez graduated from high school and then decided to try college. It wasn’t for him. After a year, he decided to quit school and go to work. He began working retail in a local mall, and from there he worked as a college recruiter, then as a cable splicer for the phone company and finally as a salesman for Mohawk Carpets. During this time, Rodriguez had settled down with his wife Susan and they were expecting their first child. At Lamaze class (another coincidence), Rodriguez met another soon-to-be father and the two struck up a friendship. The new friend, Dave Bullock, soon offered Rodriguez a job at Nestle. Rodriguez turned it down, but a couple years later, Bullock called again with another offer, this time selling baked beans. Again, Rodriguez said thanks but no thanks. The third time, however, was the charm, and in 1999 Bullock called again, asking, “How about selling cigars?” Rodriguez said yes and started at General Cigar in January 2000. Up until this point, Rodriguez was a casual cigar smoker, usually during special events, but now it was going to be his livelihood. 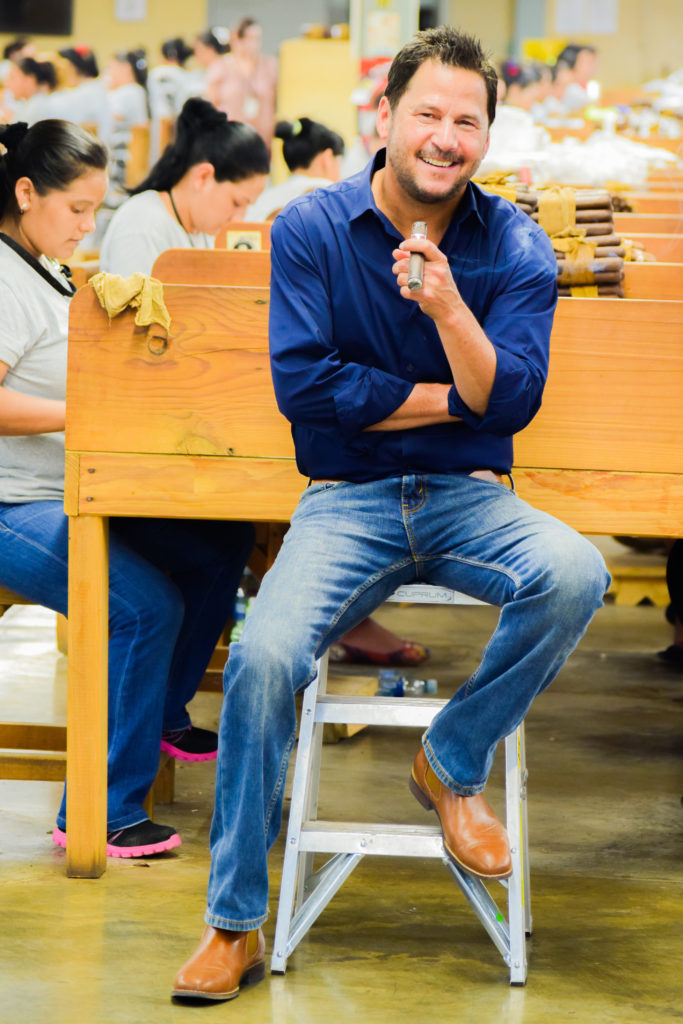 Rodriguez worked as a representative for General Cigar, covering Tampa, Orlando, Jacksonville and the panhandle of Florida. He became one of the company’s best salesmen. He was working an event in Tampa when in walked Edgar Cullman Sr., the chairman of General Cigar and a legend in the business. A little flustered, Rodriguez asked if he could help Mr. Cullman, who replied for Rodriguez to just continue to do his job. About 15 minutes later, Mr. Cullman thanked Rodriguez, said he’d be in touch and left.

A bit confused, Rodriguez got a call the next day from his boss telling him to report to New York. “All weekend, I thought I was going to be fired because when someone got called to the corporate office in NYC, odds were they were getting fired. I thought I said something wrong and was very angry with myself,” says Rodriguez. “I went to New York, and I had an appointment for 11:00 and at 11:45 I was buzzed into Mr. Cullman’s office. What a gentleman. He was sitting down, and he shook my hand and said, ‘You look like you need a cigar.’ I thought this was like [a] last cigarette before the firing squad.”

Cullman sent David Danzinger (his grandson and also vice president of sales and marketing at the time) to get them a couple of 1962 H. Upmann Cuban cigars—the last ones made by Benji Menendez and his family before they were forced out of Cuba. The two lit their cigars with Rodriguez still figuring he was about to be canned. That’s when Mr. Cullman gave Rodriguez the news. “He said, ‘Rodriguez, your days of selling cigars for General Cigar are over.’ I interrupted Mr. Cullman and said, ‘If I did something wrong, I’m sorry. I love this company and what you are doing.’ He said, ‘You are the number one salesman for us, and we need some help from you so that we can be prepared for the future. I have chosen you to train you to become a blender for General Cigar.’”

Rodriguez’s life was never the same. The next week, he was sent to the Dominican Republic to begin his training with Daniel Nunez, learning every aspect of tobacco processing from fermentation, sorting and aging to cigar making. Rodriguez spent about six months working under Nunez at the huge General Cigar factory in Santiago. It was not easy. Nunez was president of General Cigar, and tobacco was his passion. He started Rodriguez out sweeping the floors of the factory so that Rodriguez would earn the respect of the workers. Then slowly, Nunez moved Rodriguez through all the processes in the factory in the Dominican Republic, then he spent more months at the company’s HATSA factory in Honduras.

“Nunez and his team pushed me to the limits a lot of times, but today when I see him, I can’t say thank you enough for not letting me slide,” says Rodriguez. “I think he looks back at this time and is proud of me. He made me a true tobacco man.”

After his time in the factories, Rodriguez thought he was ready. Alas, no. “I thought I knew everything about cigars, then I was totally shocked when Nunez said now your training starts. He said I had learned how to process tobacco and had knowledge of rolling but had no knowledge of blending tobacco. The next thing I know, Mr. Cullman said, ‘Remember that cigar we shared in New York that was the H. Upmann from Benji Menendez? You are now going to ride with Benji to learn how to blend tobacco.’

“Mr. Cullman told me to pay attention to how Benji explains tobacco, cigars, what we do in the factory and how he interacts with people. My greatest training came from just traveling with Benji. That was my classroom. We talked almost nonstop about tobacco, what works and what doesn’t work together as he explained everything he knew to me. Today, Benji is still my mentor and my father figure.”

But Rodriguez’s challenges weren’t over. Not even close. On Oct. 13, 2007, in the middle of training, Rodriguez faced the biggest change in his life: a stroke. Rodriguez spent six months rehabilitating, including learning how to speak again. It made him realize the importance of family and friends. The result was Rick 2.0. “I think if I didn’t have the stroke … Benji would have said, ‘You need to slow down.’ I loved what I was doing so much; I never stopped going and going.”

After his time training with Benji, Rodriguez’s first position was on Team La Gloria with Michael Giannini and Yuri Guillen. Ernesto Perez Carrillo was leaving General Cigar, and the trio replaced him in 2009. One of the results from the new team was the La Gloria Cubana Serie N made with Nicaraguan tobacco. In 2010, General Cigar merged with Scandinavian Tobacco Group, and as a result, General added the CAO brand to its portfolio. Knowing CAO needed help, General moved Rodriguez over to develop the brand and its cigars. In 2011, Rodriguez and his team of blenders from the CAO factory in Nicaragua and Ed McKenna (then CAO’s brand manager) debuted their first effort for CAO, the OSA Sol, using the wrapper Olancho San Agustin over a broadleaf binder and fillers from Nicaragua and Honduras. This first product for CAO was a hit.

Their second effort was Concert, a good cigar but it failed to catch fire. Undaunted, Rodriguez and his team’s next effort was Pilon, another hit. But their biggest venture came in 2013 with the introduction of the CAO Flathead. The Flathead became one of CAO’s biggest sellers and continues to grow every year. Rodriguez says CAO has been perfect for him and the team as they get to experiment with different tobaccos, like the Amazon Basin trilogy, which uses a unique Brazilian Braganca tobacco. “At CAO, we have virtually a blank canvas every year, and we can do some unexpected things because that’s who we are. If you look at the DNA of CAO, it has always been to introduce new tobaccos, going back to Brazilia or Italia. We’ve kept true to that ethos and never looked back.”

If you look at the back of the CAO cigar band, you see the brand’s motto of which Rodriguez is proud—“Boundaries are made to be broken.”

At last year’s IPCPR trade show, Rodriguez and the CAO team unveiled the CAO Nicaraguan that uses fillers from three regions in Nicaragua—Jalapa, Esteli and Condega—with a wrapper and binder from just across the Nicaraguan border in Jamastran, Honduras. This cigar, coupled with the others, is helping CAO become the second biggest brand for General Cigar, right behind Macanudo.

Today, Rodriguez spends about 80 percent of his time on the road and the rest at the Nicaraguan factory working on blends with the team or collaborating on marketing with McKenna (now director of marketing) and Jen Moody (CAO brand manager). He has several ideas up his sleeve for this year, but in the meantime his education continues. “I am not a master blender. Guys who are doing it for 30 to 50 years are masters. When I present myself as Rodriguez from CAO, I say I am a blender and ambassador for the brand. A master is Benji. I am still learning every day. But then again, Benji is still learning too.”

For more on CAO, visit caocigars.com. 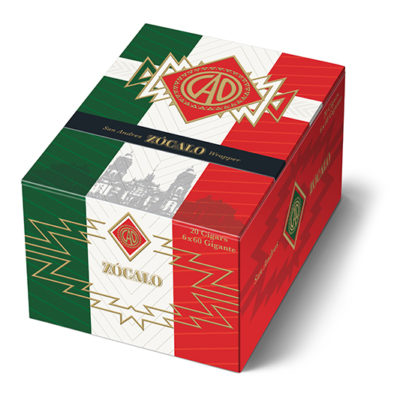 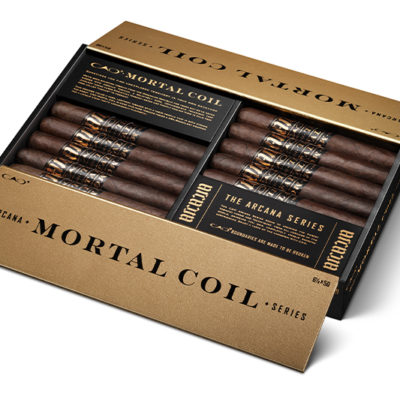 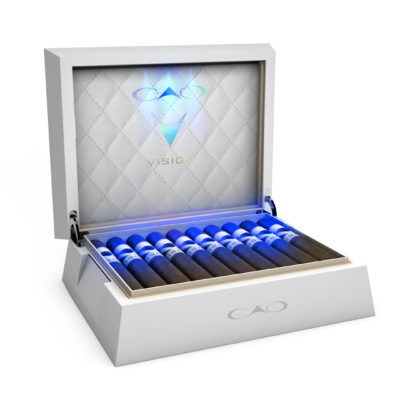