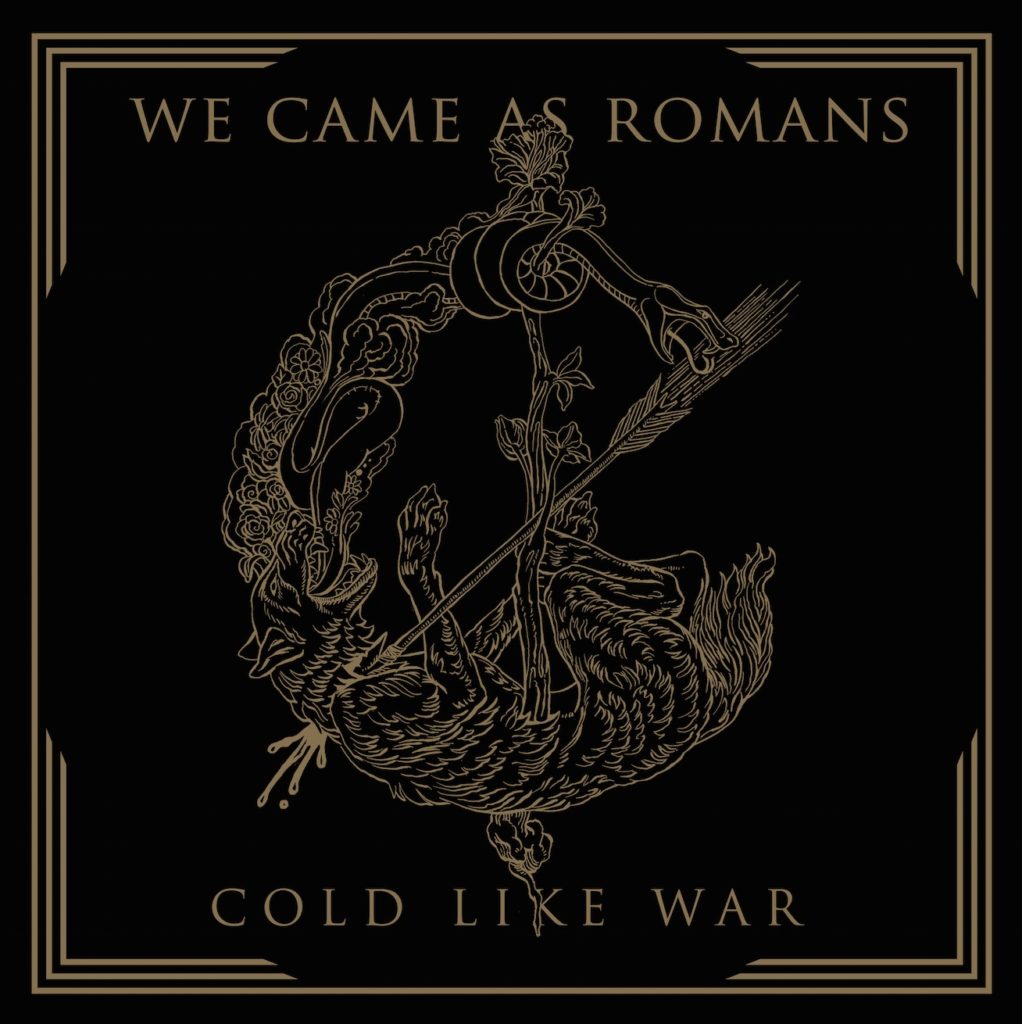 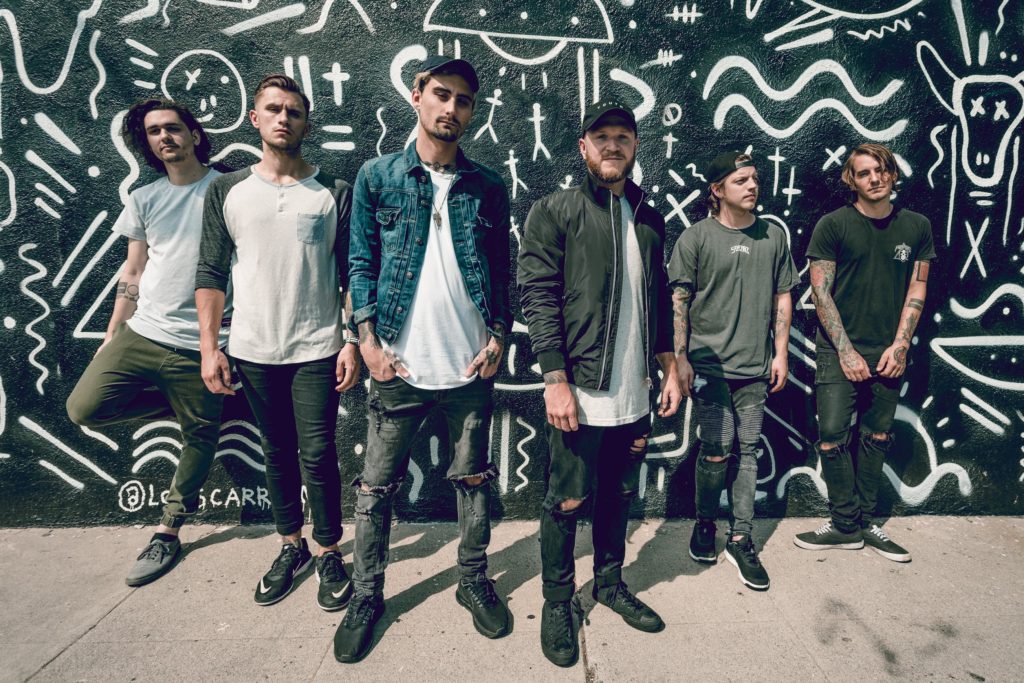 Last month, we talked with Michigan-based metalcore band We Came As Romans’ (WCAR) lead singer Kyle Pavone about their new album, Cold Like War, without having heard a single song off it. We were excited to hear it, of course, but we honestly had no idea which direction their fifth album would take after the band’s turbulent 2016 (more on that later). Would it be harder and darker than their old stuff? Would they be taking a quieter approach as some of the other albums did, such as their self-titled album? Well, we’re here to happily report that WCAR is kicking ass, and taking names, once again.

The album begins with atmospheric sounds on “Vultures With Clipped Wings.” The song builds ever so slowly with the use of a synthesizer, reminiscent of ominous scenes from Netflix’s 80s-themed show Stranger Things. Something is about to drop hard, and then it most certainly does. After about a minute and a half, the music swells, gets staticky, and then Pavone’s vocals hit: “I never found peace, but now I’m fighting a war.” What follows for the next three minutes is worthy of a circle pit.

The album very rarely comes down after the intro song, and we’re okay with that. Another highlight is “Encoder,” which begins with a bouncy, techno beat then pulls the ol’ switcheroo and smacks you in the face with mind-numbing, head-banging heavy metal. Yet, ever present between the breakdowns is the techno beat. And I’d be remiss if I didn’t mention “If There’s Nothing To See” which features Eric Vanlerberghe, one of my favorite new screamers on the scene.

Even slower songs, like “Promise Me,” build into perfect harmonies between Pavone’s clean vocals and Dave Stephen’s dirty vocals. This song captures well the inner turmoil we all feel at times between having to keep it all together and wanting to scream our ever-loving lungs out.

The band has described this album as one that represents adversity—aggression and sorrow, love and hate—capturing the conflict and hardships WCAR endured making it to this point in their careers and lives. As I mentioned above, WCAR had a difficult 2016 but segued that into finding a new home with SharpTone Records, reconnecting with their original booking agent, and freeing themselves from toxic relationships.

“[The title] is about struggle, those trials,” says guitarist and songwriter Joshua Moore. “They can turn us towards each other, towards those we love, towards those who have supported us. Because the last two years to us have felt like this giant war—an internal war—to figure out the right path for our band … to figure out how to stay together and be happy again.”

Thankfully, those struggles have produced some of WCAR’s best songs to date, with, hands down, their best screaming, mosh pit-producing breakdowns ever. These songs are dripping with emotion and passion. You can feel the anger in Pavone’s voice work its way into your soul, but so too does the inspiration of victory over adversity. It’s an extremely relatable album and an extremely good one at that.

COLD LIKE WAR TRACK LISTING
1. Vultures With Clipped Wings
2. Cold Like War
3. Two Hands
4. Lost In The Moment
5. Foreign Fire
6. Wasted Age
7. Encoder
8. If There’s Nothing To See (feat. Eric Vanlerberghe from I Prevail)
9. Promise Me
10. Learning To Survive

To learn more about WCAR and to order Cold Like War, visit coldlikewar.com.

WCAR kicked off its fall tour, Rage on the Stage, with I Prevail and The Word Alive on Sept. 20 and is winding its way across the States, ending Dec. 2 in Des Moines, Iowa.

For more album reviews, check out the brand new metalcore band Thousand Below. 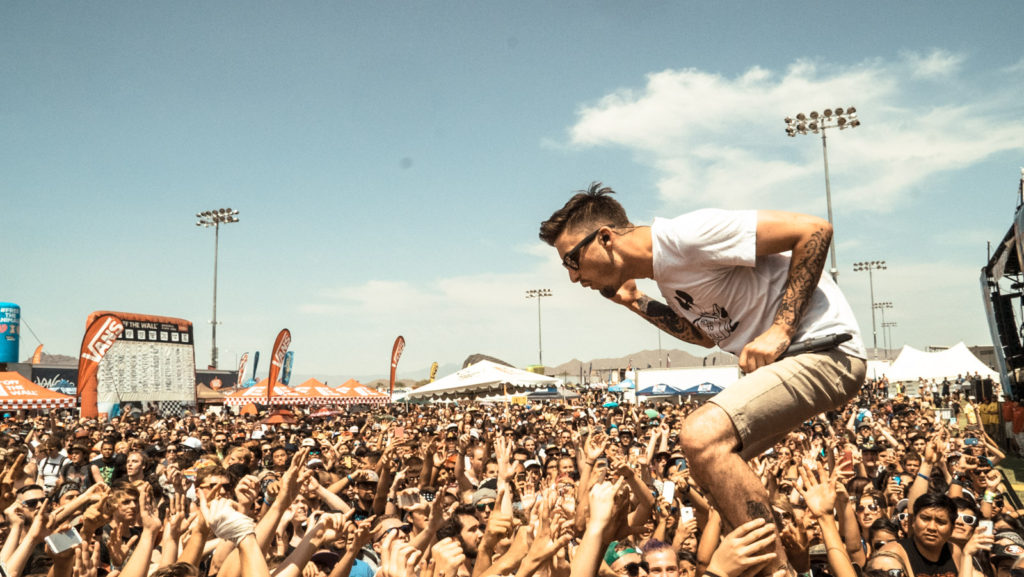