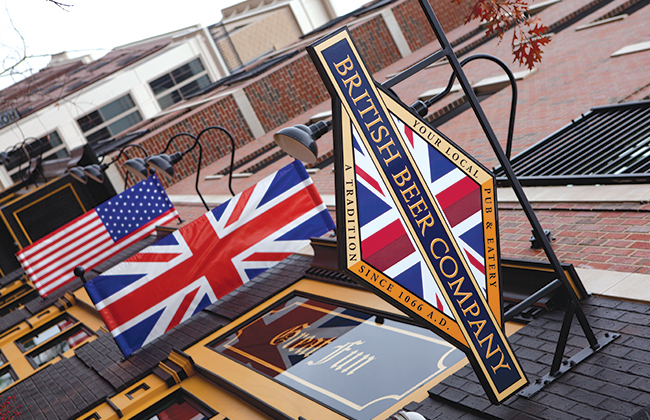 A trip across the pond may not be in the cards for you right now, but what if you could get the best of Britain by taking a trip to New England? With 13 locations, British Beer Company has become a favorite of not only locals, but also travelers looking for a true British pub experience here in America. 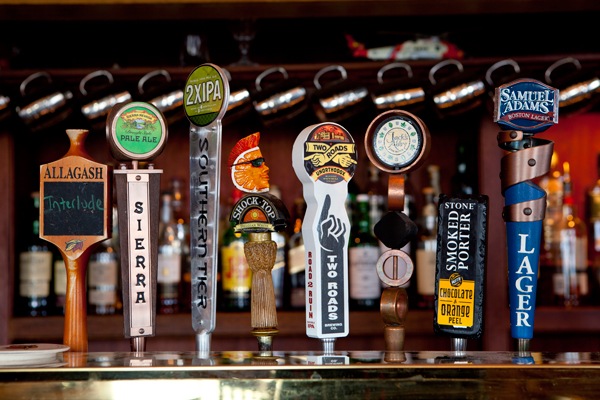 Founded by Harry Gnong and Gary Simon over 17 years ago, British Beer Company was modeled after Europe’s half-pint pubs, with each having a full pub menu of beers and foods. Gnong and Simon saw a need to bring the European pub atmosphere onto the American scene. What started as one pub is now 13 pubs throughout Massachusetts and New Hampshire, with a new one currently under construction.

Just like pubs in Europe, each British Beer Company pub has its own personality and unique atmosphere. Adam Couto, general manager of the location in Falmouth, Massachusetts, attributes the success of British Beer Company to its customers. “In the off-season, it’s primarily locals that’ve showed us loyalty through the years. They know what they’re going to get when they come in the door, and they know the staff pretty well. A lot of our staff has been here for 12 to 14 years. So over time we’ve built a relationship with the customers.”

For any beer connoisseur, British Beer Company’s expansive beer offerings will lure you into one of its locations. “We’re a very localized business,” Gnong explains. “We focus a lot on local breweries. We actually have some breweries that make beer for us now.”

A must-have beer for those visiting is the exclusive full-bodied Uncle Lumpy’s Vanilla Porter, brewed by the Woodstock Inn Brewery in North Woodstock, New Hampshire. Couto also suggested that you be adventurous and order something from the Falmouth location’s beer vault. This contains everything from limited-run beers to triple IPAs. If you’re still not sure what to try, fear not, the servers and bartenders are always on-hand and willing to help you navigate the always-changing beer offerings.

For information on the British Beer Company and its various locations, visit britishbeer.com.

Where To Smoke: JR Cigar in NC